While it may seem obvious that your parking areas require the attention of a professional sweeping team, and it may also seem obvious that an in-house team is an over the top expense for pretty much any business, it is imperative that you realize that all sweeping professionals are not the same and some sweeping companies aren’t quite “professional” when it comes to taking care of your sweeping needs.  Watt, however is the company that sets itself apart from the pack.  We are the premier choice for Atlanta when it comes to contracting an experienced and professional sweeping team for your business.  Don’t be fooled by the other guys!  Let us tell you why we are the best!

With more than 20 years in the professional sweeping business, Watt knows what it takes to help your business in the best ways possible.  We understand and respect the value of your parking areas and we know the key role their maintenance is to keeping your business thriving and we will only maintain your property to the highest standards possible.  We are experienced and skilled operators of specialized, state of the art equipment that we use to maintain your parking areas.  Each client has special needs and each property is different–Watt knows that and we special tailor our services to your needs and around your schedule–not the other way around, trying to make you fit our limitations and our hours.  Our service is all about the client and their needs.  From the very beginning Watt and our trained and knowledgable staff will be here to serve you and answer any questions you may have about the services you will receive before your initial sweep.  Watt is a locally owned and operated business.  We know the ins and outs of Georgia, its weather and the effects the environment has on different types of lots throughout the year.  We will assess your particular establishment and make sure that as the seasons and your property’s service needs change that we keep you up to date on these changes and make the necessary adjustment to your service with you, the client.  Watt knows that not all businesses will need the same cookie cutter sweeping services and we make sure that your particular business is maintained with the proper service and equipment for those needs.  Watt will make sure that your expectations are consistently met.  Each of our team members know step-by-step what is to be done and what is expected at each and every location on our routes.  There  will never be inconsistencies in service because each member of our team knows every property specifically, whether it is their regular assignment or not.  We know that life happens and that at anytime we may need to have one of our trained sweepers fill in for another one of our team members and we make sure that each employee knows each property to ensure quality and consistency expectations are always met.  With knowing that life can sometimes throw in an unexpected curve ball, Watt also always makes sure that every vehicle in our fleet receives daily maintenance to ensure not only to have all equipment ready and in its best shape, but also to have a backup in place, just in case.  With our fleet always at the ready, Watt can also be ready for your unexpected needs.  Day or night; routine and even emergency and on-call services.  Watt can do it all and all when you need it!  Watt’s fleet is all enhanced with GPS monitoring, assuring performance and efficiency at each and every location.  Watt is the only choice you should make when it comes to your parking areas sweeping needs because your business cannot afford to settle for less than the best and Watt Commercial Sweeping, Inc. is absolutely the best!

Over the last decade Georgia has positioned itself to become a hotspot for production companies to come and film scenes, series and even entire movies in and around the Atlanta Metro area.  Fast & Furious 7, Anchorman 2, Drop Dead Diva, Joyful Noise, The Originals and The Walking Dead are but a few projects that have taken place in Georgia.  It seems the industry has grown fond of the south and is here to stay and it is great news for our company. We have been hired to provide post production clean-up on several occasions.  From recreations of circa 1800’s dirt roads to action sequences, we have been able to do our part in restoring and cleaning multiple set locations.

At week’s end we received another such call. The production crew tasked with filming the up-coming sequel to the 2014 comedic duo movie was in need of sweeping services following scenes that featured pyrotechnic explosions that ripped a car to pieces. The remnants were shrapnel, glass and other car parts. For this type of general cleaning we used a mechanical/brush sweeper to sweep the road and to clean the sidewalks, curb lines and other nooks and crannies we used a regenerative air sweeper, or ‘vacuum’ style unit. Upon completion, what was left was an area that was ready to be “returned” to the city, undoubtedly, cleaner than when filming began. 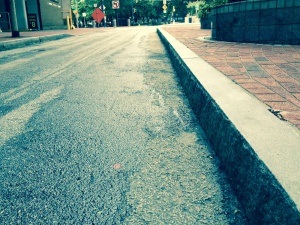 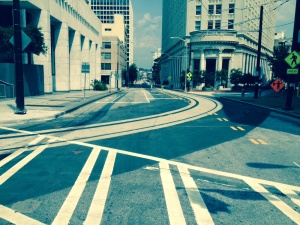 Picking up an extra shift pays dividends to one of our employees as the always funny Kevin Hart was gracious enough to take a few seconds to greet him and without doubt make his day.

Being star-struck and selfies aside, we are humbled by the opportunity to once again provide our services to another production team and look forward to further business with them and others alike. For indoor or outdoor set and location sweeping services, contact us!

Get A Free Quote